Brandon Blair has ridden in El Tour de Tucson 10 or so times, but it’s safe to say the next one will be his best one or most memorable one … on the 102-mile route and otherwise.

His company – Cirrus Visual – has been tasked to move the Banner – University Medicine 38th El Tour de Tucson into a new era.

He’s bringing the look and feel not seen in the tour in, well, forever.

“It’s going to be kind of changing the face of the tour,’’ said Brandon Blair, president of Cirrus. “We’re going to take that new design and then applying it across all of the four stages … the start and finish and the entry and exit for the ride.

“I saw the original (new) vision and I was like, ‘Hell yeah, it is night and day different.  El Tour has always been a great event in Tucson. Now, it’s like you’re making it pro level.”

It brings pride to Blair’s heart, given he’s a cyclist who knows what El Tour means to the city and a business that helps create the magic through the visuals.

“I love it,” he said. “Yes, it’s incredible to see the work we’ve done. It’s always cool to just be a part of it. And then we have people who ride in it.” 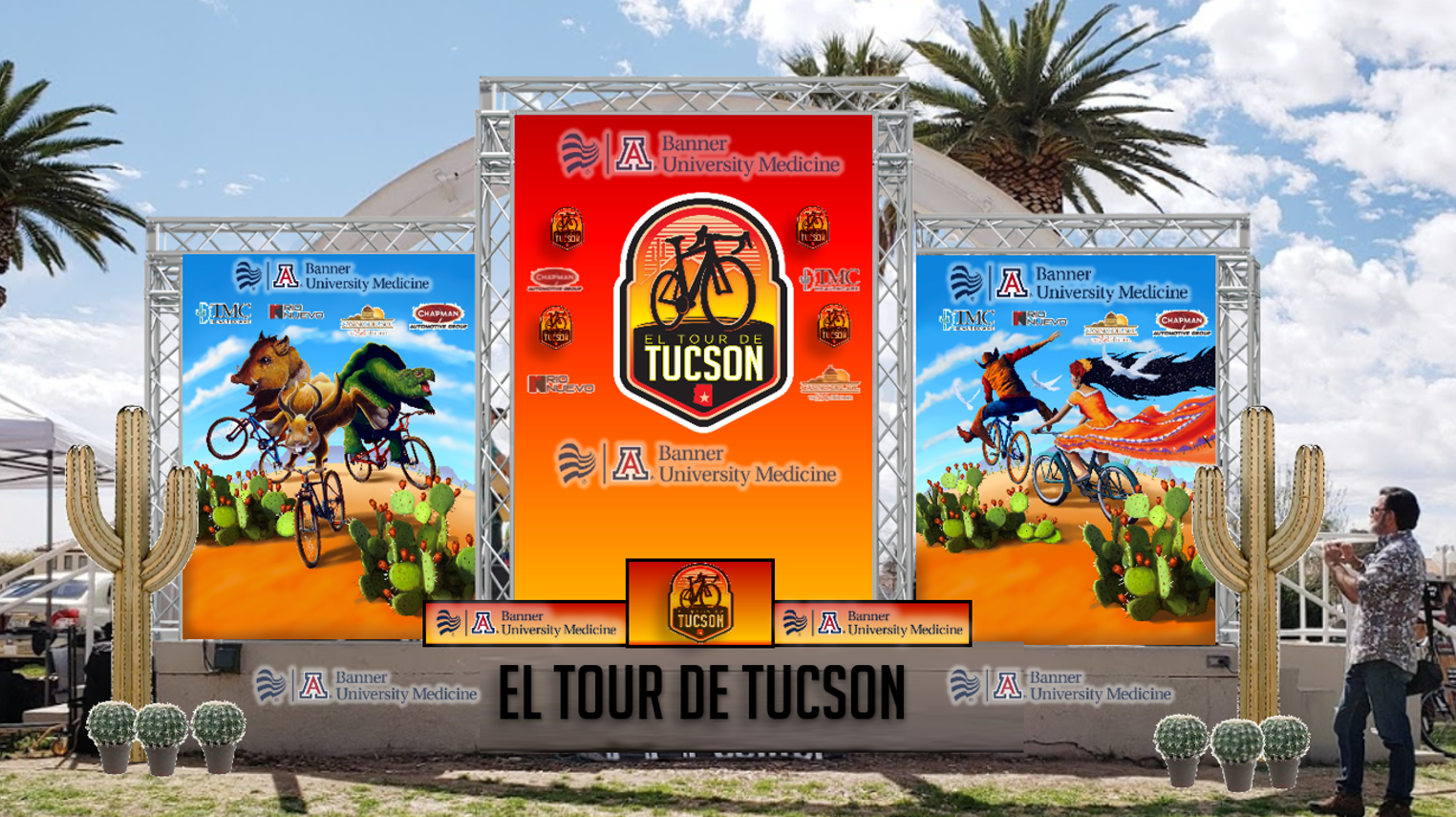 That would be anywhere from 10 to 20 cyclists connected to Cirrus, a company that has worked several years on the El Tour posters and magazines. Cirrus is also a Gold Level sponsor of El Tour.

“Yeah, there’s total pride in it,” he said. “So much of what we do, people don’t get to see what we do. It’s mostly behind the scenes on things, so it’s so great … when I’m ever out there in the public, I get to see work we’ve done.” 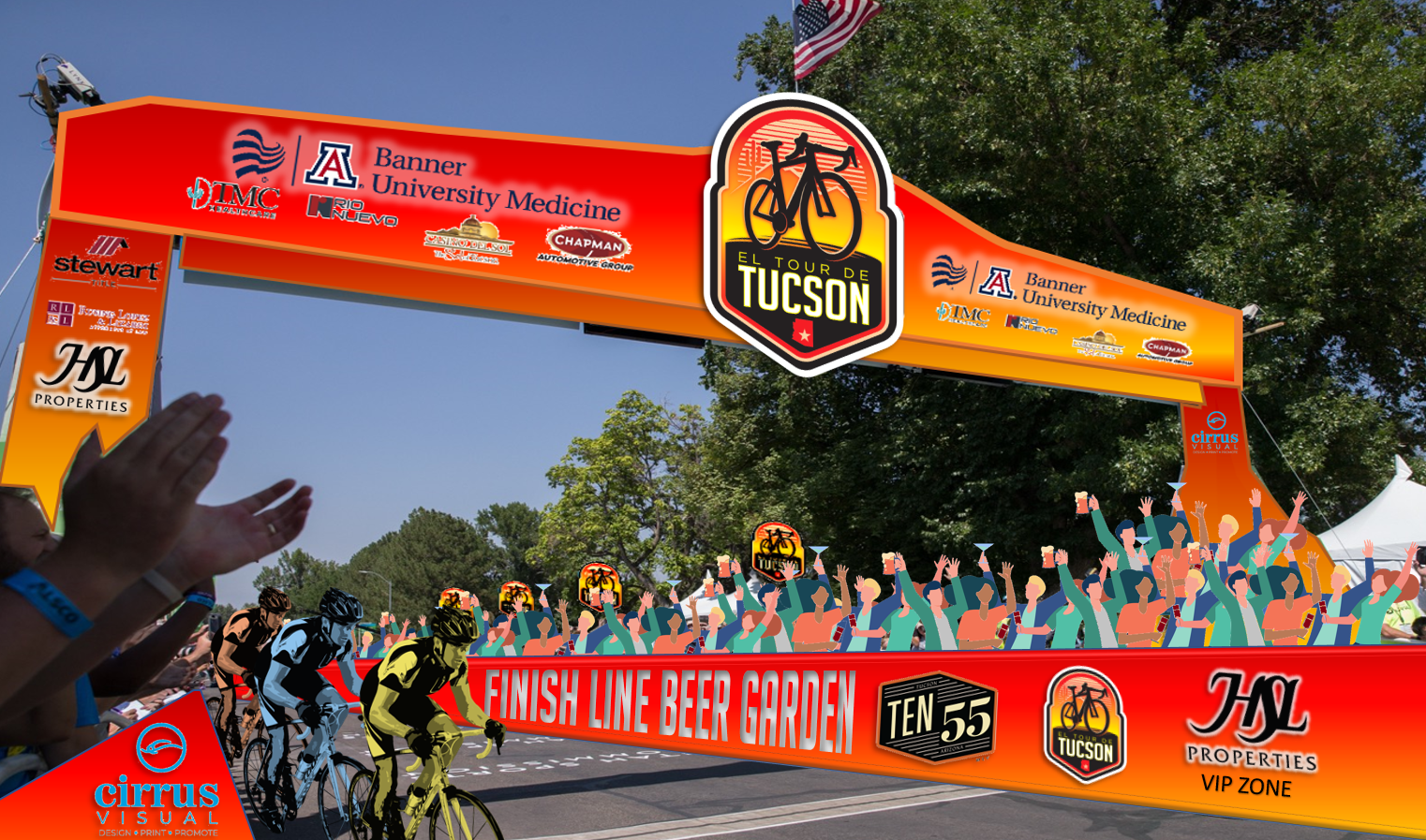 He’ll see plenty on Nov. 20 when he gets on his bike to have some fun, well, attempt to have some fun in only the way he knows how. He’s ridden in every stage of El Tour – from the Fun Ride to the 100-plus mile ride. He’ll be riding in the 102-mile event in November.

“I truly like it when I do it for fun,” he said. “I’ve done it to race, too. I don’t like it as much because I ended up kind of – it’s like four hours of white knuckles – but there’s a sense of accomplishment (when you hit the finish line).

There’s plenty of time to decide before Nov. 20 and the 38th El Tour.