Amy Orchard loves her bicycle. And, well, it’s why we love Amy here at Perimeter Bicycling.

Orchard is a new member of the Perimeter Bicycling Board. You can find her teaching at the Arizona-Sonora Desert Museum where she’s an education specialist. 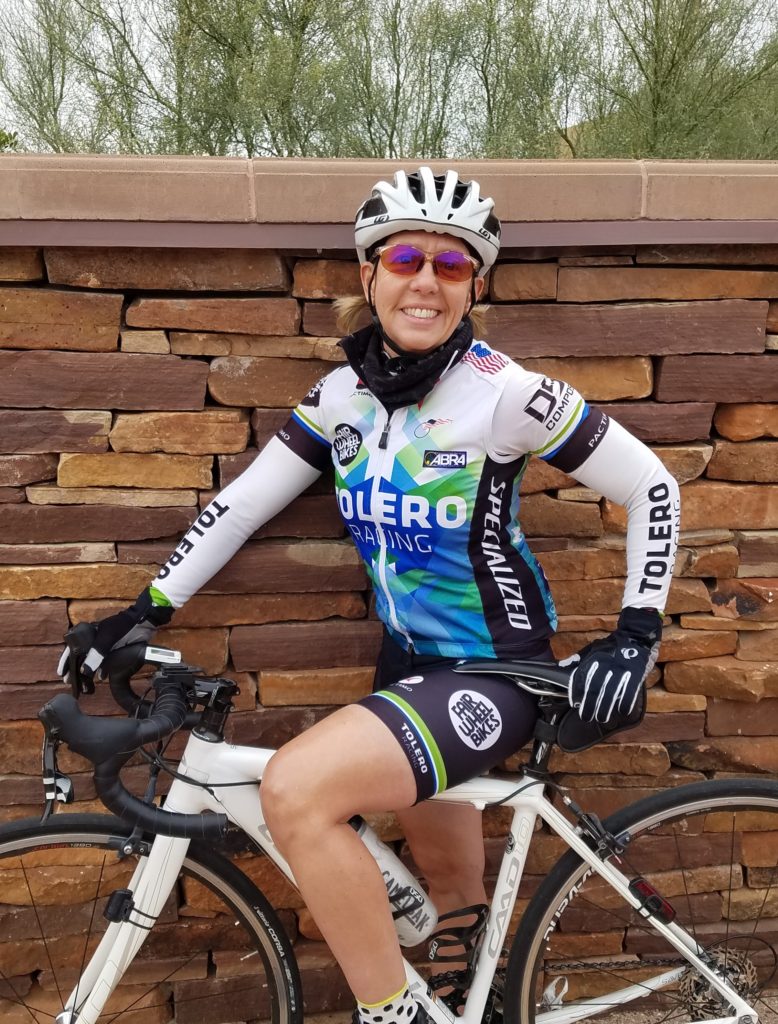 She was invited to be on the board by Lee Walker. She’s known board members Steve Morganstern and Damion Alexander for years.

“They’ve been part of my life for awhile and I felt honored to be part of it,” said Orchard.

Inclusion from everyone would be ideal.

“I’d love to see a greater diversity in the cycling community,” she said. “Since I have connections with those communities being on the board gives me a chance to let their voices be heard. It’s about creating an environment in El Tour that is welcoming and encouraging.”

Of course, she’s a cyclist – still a fairly a new one, given she started cycling four years ago.

“Cycling is very fulfilling personally, socially, mentally and emotionally,” she said. “I think everybody should be on a bike.”

Go out and explore, she said. She hopes to encourage that while with Perimeter.

She almost couldn’t avoid being a cyclist given she moved to Tucson just more than 20 years ago after graduating from Utah State in northern Utah. She realized cycling is a way of life in Tucson.

She considers herself a “newbie” although she had a bike when she was young and rode it. She was a mountain biker in Oregon as a youth.

“Getting around on a bike not only satisfies me through mental and physical needs,” she said, “but it makes a difference in the world by cutting carbon emissions.”