Ben Chandler owner of Ben’s Bikes sees some encouraging signs when it comes to bicycling in Tucson. He’s seeing people outside riding and exercising, given it’s still on the list of “essential activities” in Arizona.
Because of it, he’s hiring at his shop. He needs technicians to help tune up the bikes being used.
“Because it’s OK to go out and be outside so everybody is … and they are bringing their bikes in,” said Ben. “The caveat is we have a lot of work to do (especially) labor … but people (going into the shop) are being understanding about having to wait to have their bike worked on.”

Ben said he’s offering paid positions but they must bring in a resume that shows experience with bicycles. His shop is at 7431 S. Houghton and can be reached at 520-574-2453.
“It’s very nice to see people out,” he said. “I’d rather see people enjoy themselves outside and ride bikes like I’ve been doing for 35 years. I try to tell people to go ride your bike. You can be outside.”

Other shops are open, but have either shortened their hours or have seen fewer people come in. Some shops have encouraged it given social distancing. MetroGnome is open for pickups and drop-offs, but not for browsing. It’s operating on a skeleton crew, the manager said. But they are still open. They are open 10-6 everyday except Tuesday and Sunday.

Fair Wheel Bike’s Ralph said it’s business as usual, although at a slower pace. “People are coming by,” said Phillips. “People are getting out, wanting to do things outdoors because they can’t go to a bar, restaurant of a movie.” 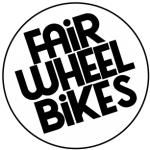 He has reduced hours, now going from 9 a.m. to 6 p.m. weekdays and 9 a.m. to 5 p.m. on Saturday.
How does the industry look right now? “It’s good some places, bad some places,” he said. “It’s just like everything else.”
The manager of 5-Points Bikes agreed, saying the shop is open for partial hours but “not full force.”
“People are coming by but not in crowds, no groups,” he said, adding he doesn’t want big crowds because of the social-spacing requirements.
His shop is open 9 a.m. to 5 p.m.